Exploring the Highlights of Croatian Waters 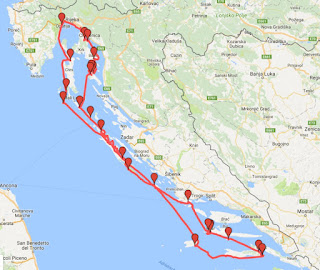 Thursday, June 8th 2017 afternoon my wife Ilse and I set sail with light northwesterly winds from Cres Marina to the west coast of Otok Losinj. In the evening we anchored in the beautiful Uvala Tomozina and cooked delicate spaghetti aglio e olio. 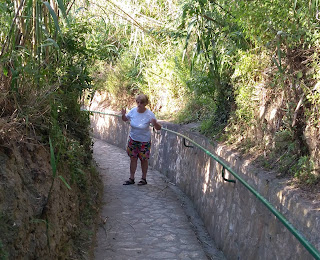 Next morning we motored further south and found a mooring place in the small harbor of Otok Susak. We walked around the long sandy beach, took a refreshing swim and explored the extraordinary sandy landscape and visited the village and cemetery on the sandy hill.  At last we enjoyed a nice dinner at Hotel Sansegus. 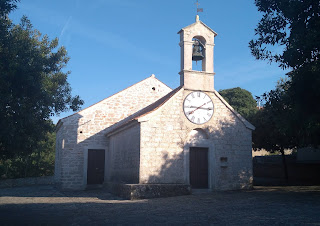 At dawn early next morning we continued south first with no wind along the west coast of Otok Premuda and Otok Molat. Afternoon we sailed with weak westerly winds along the east coast of Dugi Otok to Sali, where we moored in the nice harbor. We took a long walk around the village, visiting old churches and looking for a good restaurant. We found Konoba Marin well hidden in a picturesque backyard and had a good dinner with local specialities: grilled rolls of zucchini stuffed with goat cheese, truffled home made pasta and a good red house wine.

We were happy awoken by a a nice westerly wind with 5 bft next morning. So we sailed  with first reef south through Kornati islands, along Otok Zirje, passing Hrid Mulo with a nice speed above 7 kn. For a quiet night we found good shelter in Uvala Vinisce anchoring in front of Restaurant Kupinica where we had good antipasti mare and pizza. 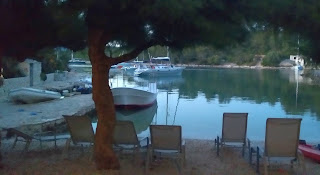 Next morning we sailed between Veli Drvenik and Otok Solta into Pakleni Kanal and took a buoy in Vela Garska near Konoba Mareta, where we enjoyed swimming and savoured fish from the grill. Tuesday 13th we visited  crowded Hvar harbor, took a relaxing swim in the bays of the Pakleni islands and in the afternoon continued to Otok Scedro, where we moored at the small jetty in front of Restaurant Kod Ive in the southern end of Uvala Lovisce. We walked across Otok Scedro to have a first orienting look at Otok Korcula. The nice couple of Kod Ive served us exceptional fish and good local wine for dinner. 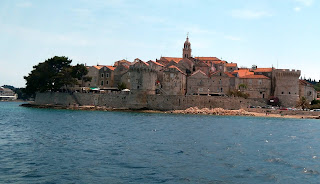 After a refreshing swim we started on our last leg to Korcula, where we moored at the ACI Marina. In the afternoon we visited the beautiful old town. We savoured remarkable local dishes at Restaurant Aterina for dinner. Next morning we went uphill for some provisions and left with light rain to the gasoline station in the next bay. In the afternoon we rounded Rt.Raznjic and spent the night at anchor in Uvala Przina after cooking some pasta con verdura.

Against nice northwesterly winds we tacked along the south coast of Otok Korcula next day and then to the south coast of Otok Vis, where we took a buoy in Uvala Rukavac in front of Konoba Dalmatino, where we had very good grilled branzino and salad. The next day was a wonderful sailing day with ideal easterly winds pushing us northwest to Otok Zirje, where we took a buoy in Uvala Tatinska. Dinner at Konoba Stubica was very bad, fat from the freezer, and we had to pay extra for the buoy! 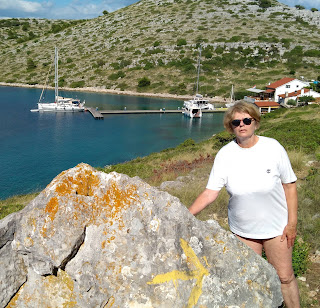 During the night the wind grew stronger, so we started next morning with a small bora up to 7 bft and third reef. When we approached the eastern Kornati Islands, the wind was down to 4 bft, so we had a nice sail to our favorite island Otok Levrnaka, where we moored at Konoba Levrnaka. After a refreshing swim and a good hike around the island we enjoyed our favorite dinner: raw fish antipasto and dragonhead brodetto. 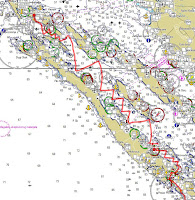 Next day we motored through Mala Provesa and then tacked all along the east coast of Dugi Otok and finally anchored in Uvala Podgarbe south of Otok Molat. 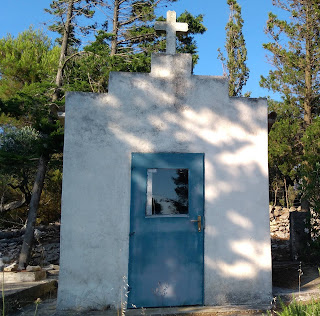 The following day we motored nearly no wind south of Rt.Zaplo and then along east side of Otok Molat and Otok Ist. At noon we took a refreshing swim in Luka Sv. Ante south of Otok Silba and then continued to Ilovik, where we took a buoy in the canal. We visited the cemetery on Sv.Petar, took a hike to a peak of Otok Ilovik and had a good dinner at Konoba Oliva.

Next day we sailed under the famous bridge north of Otok Krk, visited Bakarska Vrata, motored with no wind alongside ugly Rijeka, and finally moored south of Opatija in ACI Marina Ici. We enjoyed a long walk on the "Kaiser Franz Josef Promenade" and had a very good pizza at Bistro Venezia offside the touristic tracks. 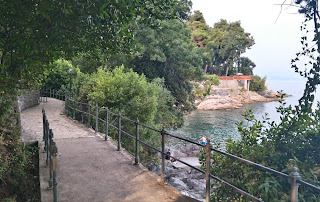 The last day of our cruise we sailed alongside Lovran and Moscenicka to Brestova, where we crossed the Kvarner to Otok Cres and finally moored back in Cres Marina.


We sailed 104h and logged 532sm in 16 days.
You may download our track in gpx-format or
view it directly on GoogleMaps.
Posted by Rupert Nagler at Sunday, June 25, 2017 No comments: