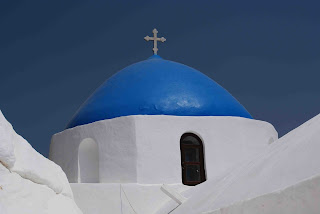 This was my third roundtrip from Samos to Santorin and back - and it was a very comfortable cruise; we had mostly light winds and so we had to motor a lot. 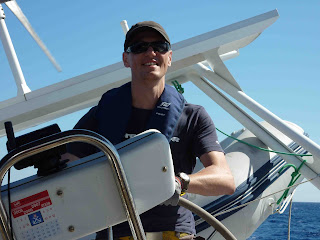 On July 23rd we started with Aaron Kaplan and Klaus Darilion from nic.at from Samos with northerly winds to Kos. In Kos Marina we touched unintentionally the stern of a catamaran when we tried to change gears from reverse to forward. The steering cable to the gearbox was broken. 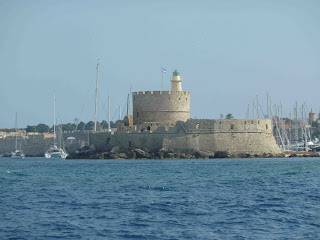 After we had this cable changed by a very competent engineer, Mr. Antonios Markoy, we continued with low winds to Panormitis Bay in Simi. Next day we sailed to Mandraki Harbor in Rhodes, were we anchored in front of the 3 windmills, visited impressive Rhodes Old Town and had a very nice dinner at Marco Polo Restaurant.

3am early next morning we set sail to Livadhia harbor in Tilos. A resolute German lady showed us the right mooring place. We took a walk and then had a crisp roasted lamb for dinner. Next day we continued north, tacking against a stiff north wind. 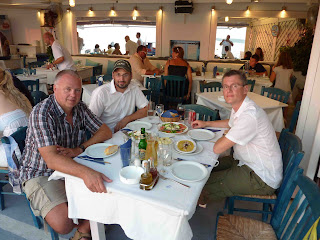 In the evening of July 28th at Ag. Stefanos at the southern coast of Kos we met our last crew member, Richard Wein from nic.at.

Next morning we sailed west with a force 6-7 meltemi to Maltezana Bay in Astipalaya. After visiting Skala Astipalaya we continued next day to Skala Anafi, where we had a quiet night because of the decreasing wind.

On July 31st we reached Marina Vlichada, where we found a secure mooring place for three days. We took a car for two days of sightseeing and then we had a crew-change: Aaron, Klaus and Richard left for Austria and Shirani Ediriweera and Kurt Drexler from Vienna and Martina Salzmann and Günther Rettenbacher from Salzburg boarded Sea of Joy on August 2nd. 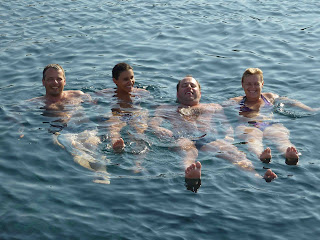 We started from Vlichada with a sightseeing cruise through the caldera of Santorin and headed north to Manganari Bay on the southern Tip of Ios. After spending a nice day in Ios town harbor we continued next day to the southern Bay at Schinousa island.

August 6th we motored to beautiful Katapola harbor in Amorgos and next day we anchored in Kalotiri Bay, which appeared to us as a mountain lake in the Austrian Alps. 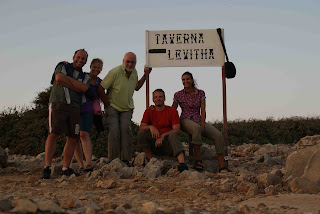 Next day we sailed east to Levitha, where we visited Taverna Levitha, owned by the two families living on this interesting island. Their liver stifado and goat-stew was exquisite.


Against northerly winds we tacked to Marathi on Arki, where we had a delicious large fish for dinner for all 5 of us at Pandelis.


The last stop was Agathonisi harbor in front of Glaros restaurant. After a nice sail with a lot of tacking in Samos Strait we moored safely back in Samos Marina on August 11th evening.

You may download our track in gpx-format or view it directly on Google Maps.
Posted by Rupert Nagler at Saturday, October 02, 2010