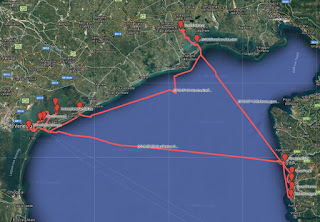 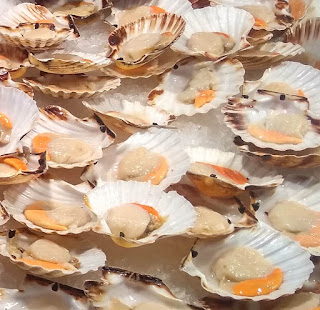 Next morning we continued west, stopped for a short swim and entered Venice Lagoon through Porto Lido. We moored vis a vis  San Marco Square at San Giorgio Maggiore, where the friendly ormeggiatore of Compagnia della Vela Venezia waited for us. 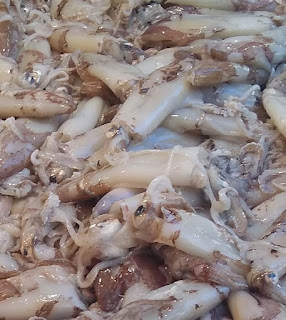 For the next two days we explored Venice by foot and vaporetto. Jonas had three times delicious ice cream at Gelato Fantasy
We very very happy with Guidecca Restaurants  al storico da Crea and Altanella; Ai Pescatori on Burano and B Restaurant alla Vecchia Pescheria on Murano. 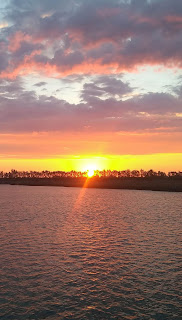 At noon on Saturday 7th we motored west of Le Vignole and on the north side of Sant' Erasmo, then further north passing San Francesco del Deserto in depth about 2m to Burano, where we turned south to Treporti and then east to Le Saline, where we spent a wonderful night at anchor. At sunrise next morning we set sail to Croatia, leaving Venice Lagoon via Porto Lido. Driven by steady northerly winds we reached Novigrad early afternoon and declared entry into Croatia. We anchored in Luka Cervar Porat, took a healthy swim and had a nice potato and vegetable stew for dinner on board. For another relaxing day at anchor we moved to near Uvala Sv. Martin and savored spaghetti tonno. 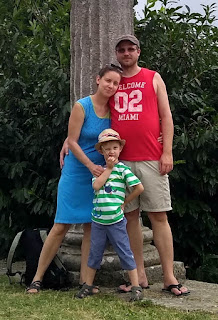 Tuesday 10th afternoon we moored in Marina Porec, visited the old city and had dinner at Gostionica Tri Bacve . 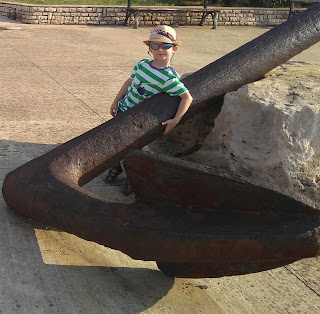 Next morning after refueling we motored south to Zelena Laguna, where we spent another leisurely day and night at anchor. We set sail to Novigrad declaring exit next day and motored back to Lignano with no wind at all. After a relaxing swim we entered Marano Lagoon east of Punta Faro and dropped anchor north of Canale Lustri in safe depth of 2m for a lot of pancakes and a peaceful night. With high tide next morning we motored north and up Fiume Stella, and reached finally Marina Stella at noon. We celebrated our cruise and the doctorate conferral of our son Matthias at Trattoria Al Paradiso.

We sailed 35h and logged 177sm in 10 days. You may download our track in gpx-format or view it directly on GoogleMaps.
Posted by Rupert Nagler at Saturday, July 14, 2018