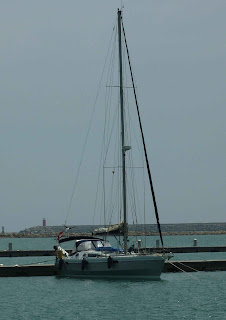 In June 2011 my family and I sailed from Gozo two times to Sicily and back to Malta.

First we explored Gozo and its excellent restaurants: Porto Vecchio, Ta' Frenc, Tmun in Magarr and Victoria. We sailed round Gozo, visited Xlendi, Fungus Rock, Marsalforn, Ramla Bay, made several trips to the Blue Lagoon, which regrettably became more overcrowded on each visit.

On June 1st we sailed from Gozo to the new Marina Licata on the south coast in Sicily, were arrived at midnight, beeing the first and only boat in this large marina. In the morning we were welcomed by Dr. Antonio Pasqualino and his nice marina staff with excellent Cannoli Siciliani, fresh croissants and a printout of an Austrian newspaper. After replenishing our provisions in the new marina supermarket we strolled around Licata, its churches and castle and finially had a exceptional dinner at "L'Oste e il Sacrestano". 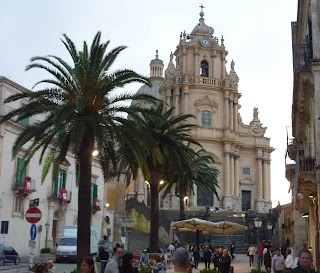 Next day we sailed downwind to Marina di Ragusa, had a very good fish-dinner at "Trattoria da Carmelo". The nice marina staff there arranged for a rental car and we visited Modica, Notto, Syracusa and Ragusa, where we had dinner at "Il Barocco".

On June 5th we sailed back via Mgarr to Msida Marina. From Msida we sailed south to Marsaxlokk (excellent fish at "Tartarun Fish Restaurant") and then with powerful westerly winds dashed north on the west side of Malta back to Blue Lagoon.

7th of June we went back to Msida Marina - now managed by Creek Developments, where I had Sea of Joy's mainsail repaired by the competent sailmaker Anton and a service of the steering gear by Whitesails. Unfortunatly my old outboard engine was stolen during one night - while we were sleeping on board! So I had to buy a new one (Tohatsu 4PS). 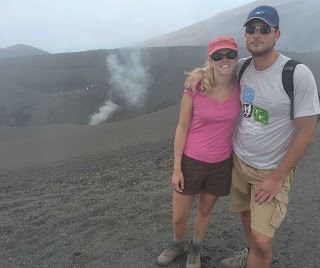 On June 18th it was time for an other cruise to Sicily, Via Mgarr we sailed to Porto Palo, where we spent the night anchoring. Next day we sailed with a strong southerly downwind to Syracusa where we moored SoJ for 3 days at Marina Yachting Siracusa, explored the city and had very good antipasti & pasta at "Sicilia in Tavola". In the next two days we visited with a rental car Palazzolo Acreide, Ragusa, Modica, Contrada Vendicari and Noto, where we had a remarkable dinner at "Trattoria del Crocifisso" and the famous ice-cream at "Corrado Costanzo". Next day we went Mount Aetna to Rifugio Sapienza at 1900m. Up to 2500m we took the cablecar and then climbed the last 500m to Torre del Filosofo and the southeast crater. Then we took a swim in beautiful Taormina beach.
Here you can look at Aetna's actual situation via webcam: http://www.guide-etna.com/webcam/. 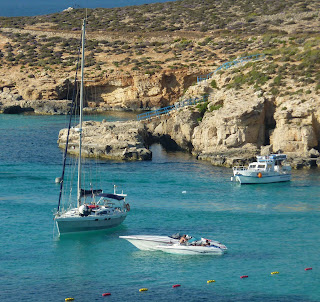 June 22nd we sailed south via Contrada Vendicari to Marina di Marzamemi and spent the night there after pasta and pizza at "Giramapao". Next day we sailed back across Sicily Narrows to the Blue Lagoon in Comino and finally moored Sea of Joy securely in Mgarr Marina.