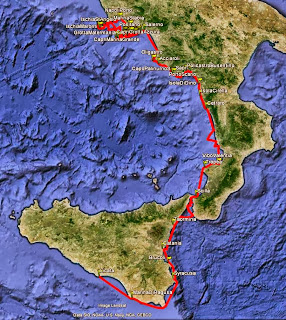 After more than two years in Sicilian waters we decided to move on to Sardinia. After a glorious farewell dinner at Pino Cuttaia's famous restaurant La Madia  my wife Ilse and I left our friends at Marina Cale del Sole in Licata and sailed to Marina Ragusa on Monday 8th, July 2013. Early next day with nice westerly wind we sailed to Syracusa and had dinner at our favorite restaurant Sicilia in Tavola. We continued our well-known route to Catania, were we again enjoyed our wunderful fish-menu at Le Tre Bocce. On July 11th we continued with some southerly winds to Taormina, where we anchored in front of the railway station. 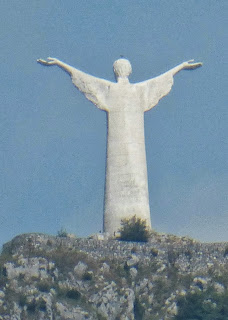 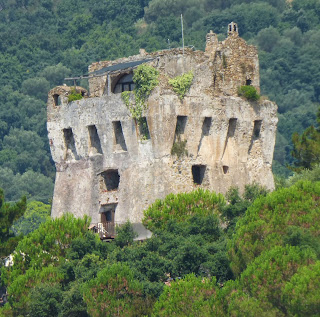 Next day we enjoyed the most picturesque Golfo di Policastro and finally moored at Albatros in Porto Scario, where we savoured a nice dinner at Vini..Le. We motored next morning with no wind to Acciaroli, were we moored in the nice harbour. 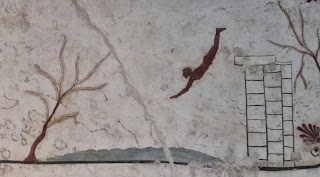 Routinely checking the level of motor-oil I found a lot of water in the bilge. After pumping it out I found, that a hose from the seawater-pump was chafed. Checking the seawater-pump I also found, that the impeller was broken and the housing was ripped. But soon we found the good in the bad, when we got help from Giovanni from Chantieri Schiavone, who mounted new hoses and ordered a new seawater-pump.

So our boat had to stay in Acciaroli for six days until the pump was finally replaced.
We were happy to use those days visiting Cilento, beautiful Vallo di Diano National Park, and swimming in those magnificent sandy beaches. We enjoyed the local restaurants, especially 'a Tartana and Boccaccio. We rented a car and visited Paestum, the Amalfi Coast, Caserta, Napoli, and Vesuvio.

Finally on Wednesday , July 24th we were able to continue sailing directly to Salerno, where we had a marvelous dinner at Ristorante Cicirinella. Next day we sailed along the admirable Amalfi Coast and were happy to find a free mooring place at Aniello Esposito in Amalfi harbor. We visited the impressive church of San Andrea and spent a wonderful evening with an exquisite dinner at Michelin-stared La Caravella. 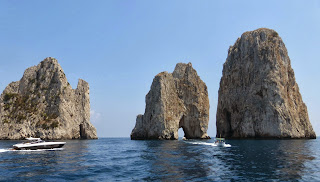 Next morning we continued via Isole Galli to Capri, where we anchored in front of the Faraglioni Rocks near Marina Piccola next to Roman Abramovich's Eclipse and Larry Ellison's Rising Sun. Hoping for more peaceful surroundings we sailed north to Porto Miseno next noon, where we anchored near quiet Lago Miseno. Next morning we rounded Acquamorta and anchored for swimming in front of anchient Cumae. At noon we sailed north of Procida to Ischia Porto, where we moored at Porto Salvo Marina and visited the city and Castello Aragonese. Next day we rounded Ischia and finally anchored south of Ischia Ponte. Tuesday we sailed along the coast of Golfo di Napoli via Procida, Pozzuoli, Nisida, San Nazzaro, Napoli, Torre del Greco, Torre Annunziata to Marina di Stabia west of Castellamare di Stabia, where we had our outboard engine repaired and enjoyed a very good fish dinner at Piazetta Milu. 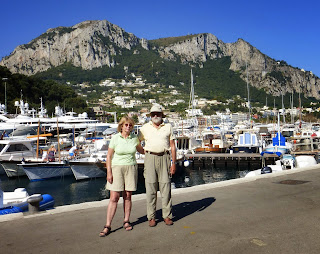 Wednesday 31st July we sailed back via Sorrento to Capri, where we got hold of a bumpy mooring place in Marina Grande for 235 Eur wandering around the island round Giardini Augusto, Via Krupp, and Marina Piccola. Finally we climbed the
clocktower at the Piazetta in Capri centro and relished a nice local dinner at Pulalli Wine Bar. Next morning we shifted to our old anchor place south of Marina Piccola. In the afternoon of August 2nd we sailed back to Marina di Stabia for my first change of crew there. My wife and I celebrated her awesome cruise from Licata to Castellamare di Stabia with a gorgeous dinner in Boccareale at La Locanda da Alfonso.


We sailed 607sm in 139 hours. You may download our track in gpx-format or view it directly on Google Maps.