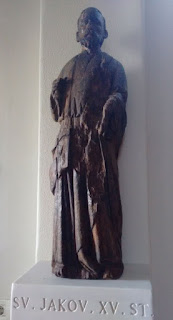 My two consulting friends Eva and Evi boarded Sea of Joy after a long drive from Vienna on August 6th. After one harbor day with some sight seeing because of bad weather we sailed south to the east coast of Unije and anchored in Uvala Vognisca. We enjoyed two nice branzinos cooked in the oven with wine and vegetables. 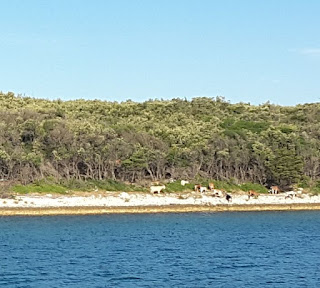 Next morning we sailed further south with faint northerly winds via Susak along the west coast of Premuda to the small island Skarda, where we took a buoy in Uvala Griparica and had a good swim in crystal clear waters. 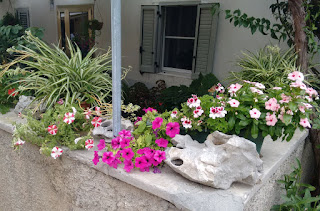 Next day a cloudy sky welcomed us with no wind. So we motored back north along Silba Island into Ilovik channel, where we took a buoy and had a nice walk around the island and a good dinner at Konoba Oliva. At night we had some rain and wind. In the morning of August 11th with some rain but with a nice easterly wind we sailed north along Losinj. 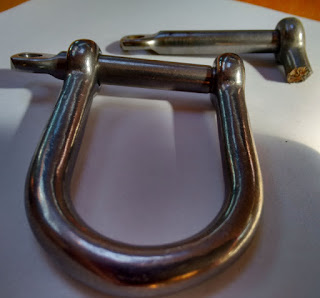 As we rounded Cap Kurila, waves and wind got rather strong. Suddenly a loud bang came from the rig and I saw the genua coming down. After momentarily heaving to we tried to furl in the genua and secured her with some ropes. Tacking slowly with main sail and motor we made it into Uvala Vognisca in Unije again and anchored there safely. Later I found the head of the genua intact but a broken shackle. This is the second time that an expensive strong looking Wichard shackle has broken after only one year of use. Sailors are advised avoid those shackles! 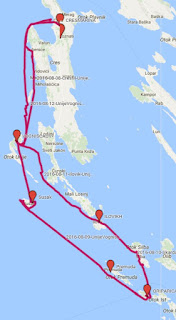 The strong wind lasted through the night and next morning we continued tacking along the west coast of Cres and finally moored happily back in marina Cres. We celebrated our short cruise with a nice dinner at Konoba Roza and next morning Eva and Evi drove home back to Vienna.