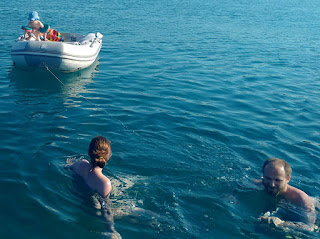 With my 3 year old grandson Jonas and his parents Matthias and Isabella we started our next cruise south with no wind on August 28th. We stopped in Martinscica Bay for a short swim and continued south to beautiful Uvala Tomozina in the north west coast of Losinj, where we spent the night at anchor and cooked two nice branzinos in the oven. Early next day we explored the surroundings swimming and hiking. Jonas marveled at the small pirate-like bay. At noon we continued south to Veli Zal, where we met again Laurenz, Sophie and Chris at the crowded beach of Hotel Aurora. 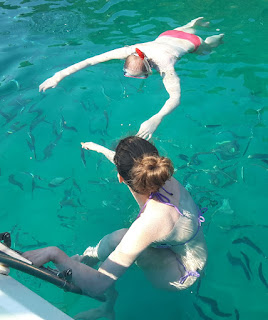 The next two nights we spent moored at a buoy in quiet Uvala Krivica and swam a lot in smooth and clear waters.


August 31st afternoon we motored to Mali Losinj harbor, visited the beautiful city, bought some more provisions, and had dinner at Konoba Hajduk. Next morning just on time at 09:00 local time we passed the turning bridge west through Privlaka channel to our favourite bay at Uvala Meli, where we spent the next two days swimming, playing, and relaxing. 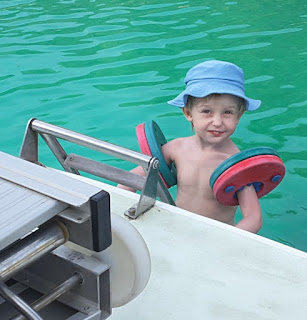 As my son Matthias complained about an earache we returned to Mali Losinj, headed to the local hospital and got some medication, which eased his pain. Then we set sail north to Uvala Slatina, where we met some friends and spent the night at anchor. On August 4th we returned with slight winds to Cres Marina and enjoyed dinner at Konoba Roza.
Next morning we left together with heavy rain to Austria by car. 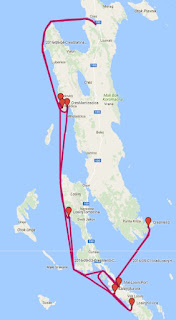 
or view it directly on GoogleMaps