Italian Adriatic Coast and to Know When to Change Course 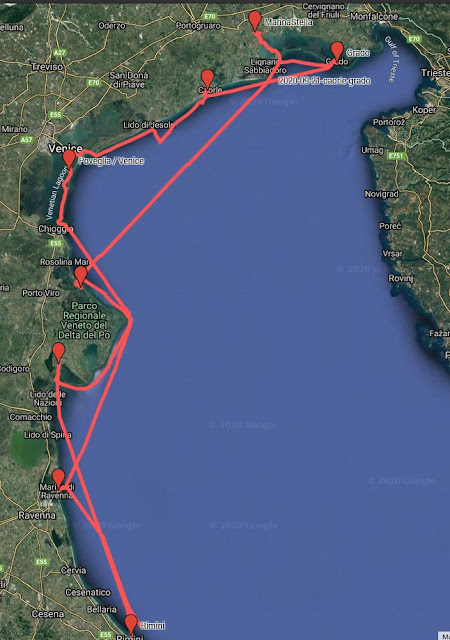 My brother and I planned a cruise to the Tremiti Islands. But weather played some tricks on us. We left Marina Stella on September 15th, 2020 with high tide and motored southwest to Albarella, where we anchored in the quiet lagoon. Next day we rounded the Po delta and moored at Marina di Goro. We visited the village and had a rather uninspired dinner at La Cambusa. 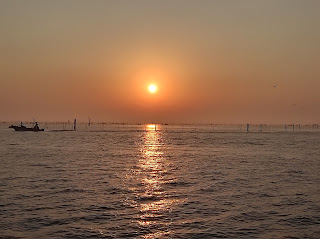 Early next morning we started south to Rimini, accompanied by a fleet of fishermen harvesting mussels in the shallow seas south of Goro. In the afternoon we moored in Marina Rimini, bunkered diesel, and explored the city. We had an exquisite dinner at Michelin starred restaurant Abocar Due Cucine. 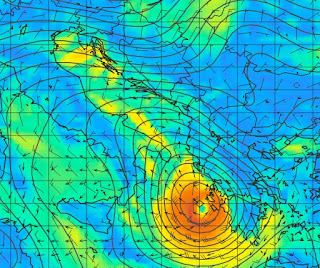 Early in the morning of September 18th we wanted to sail further south to Ancona. But unexpected high waves, bad weather reports on Cyclone Ianos in the Ionian sea and messages about a large fire blaze in Ancona forced us to revise our plan. We had to expect chaos in Ancona and that some boat owners will move their boats to other moorings north of Ancona. As weather got worse, we decided to sail northwest to Ravenna, were we moored in Marina Ravenna and had a nice raw fish dinner at Riesling Vino e Cucina. 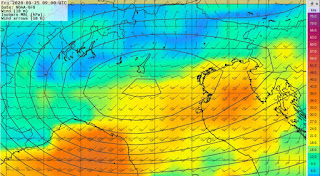 After analyzing grib data and different weather forecasts showed that another field of depression will soon move from Golf of Lyon into the Adriatic. As we were a small crew of only two we decided to take no risk and to return in time to Marina Stella. So we started early from Ravenna south, rounded Po delta in rather uncomfortable cross seas, entered Venice Lagoon through Porto Chioggia and anchored finally west of Isola Poveglia with Insalata Caprese and Prosecco for dinner.

With nice weather we motored to Piazza San Marco and left Venice lagoon through Porto Lido. With a nice easterly wind we sailed to Caorle, were we moored in Darsena Orologico and enjoyed pesce crudo and tasty pasta with fish at Ristorante da Buso. Next morning we continued to the town basin of Grado, explored the city and were very happy with a nice dinner at Hostaria in Contrada.

Next morning we motored west to Lignano into Laguna di Marano and continued through shallow Canale Cialisia and river Stella back to Marina Stella, where we finally moored at our quiet home place; just in time for the predicted rain and wind starting to rage. We celebrated our safe return at Ristorante Al Cjasal. For the next days we visited Bassano del Grappa, Valdobbiadene and Treviso to explore vineyards, restaurants and to buy some Prosecco. Then we prepared Sea of Joy for a long winter and returned back to Austria. 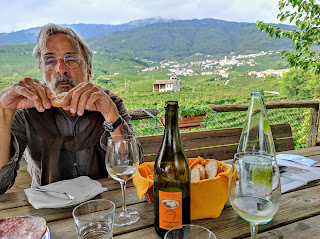