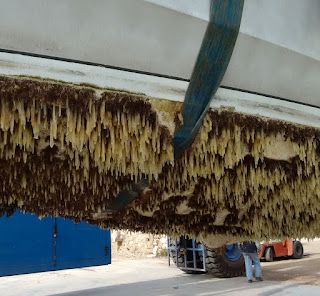 The season started for Sea of Joy in Licata, Sicily, with the usual maintenance works: antifouling, paintwork, changing the propeller shaft seal, cleaning and greasing the MaxProp and finally changing all internal electrical lights to LED. 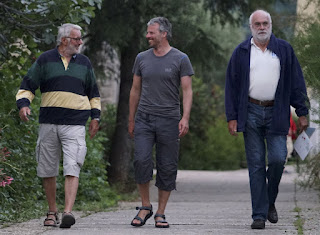 We decided to visit Croatia again and so we reserved a mooring place in ACI Marina Cres for June 2016. My friends Gerhard and Kurt came on board on Saturday 21st May to help me sailing our boat to Croatia. We planned to sail quickly in three legs to Montenegro, visit Kotor Bay and then sailing slowly north along the best sites in Croatian waters.

At noon of May 22th we were ready to set sail from Licata and did a short first leg to Marina di Ragusa, where we had a rather mediocre pizza at Ristorante Miramare . 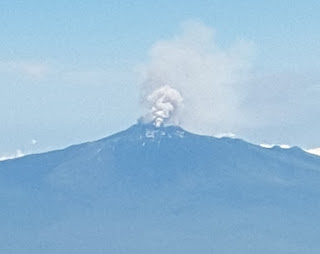 Next day we left early east and at the SE end of Sicily we decided to cross directly to Calabria because of nice strong winds from astern. In the night volcano Etna was very active, wind and waves got rather strong and squally, changing directions very often. 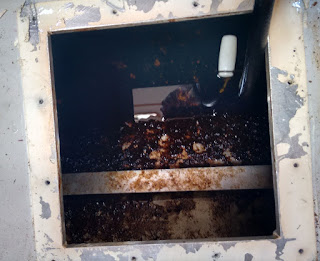 Near Spartivento the wind stopped and we had to start the motor again, but in vain: after checking the diesel supply pipe and the prefilter I found them clogged by black slime - a clear sign of the infamous diesel bug.
Those are microbes clogging the filters in the fuel system unpredictably. There are numerous reports, where the engines stopped suddenly in wrong moments. Thanks to a new crazy European law requiring taxed diesel fuel to have a "bio" content the whole sailing community has this problem now. I changed all filters and cleaned all pipes, but I was not able to get the engine running again. 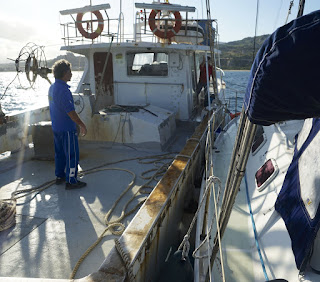 With strong northerly winds we sailed to Roccella Ionica, anchored under sail in front of the harbor. Then we contacted the helpful harbor master and when winds calmed down a friendly fisherman came with his strong boat, took us alongside and towed us into the harbor. Next day a helpful technician got the engine running again not without warning us, that this could happen anytime again...

We rented bycicles and rode to the center where we had a nice dinner at Bio Ristorante Amal. 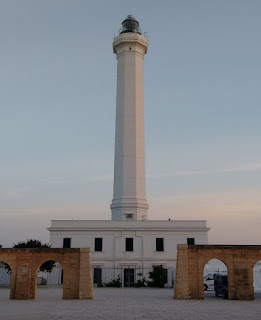 Next day we took on our next leg and arrived after 22 hours in Santa Maria di Leuca. We visited the city and the famous light house and had a marvelous dinner at the well-hidden Trattoria Boccondivino.

On May 28th we sailed with nice southeasterly winds north via the straith of Otranto into Montenegro, where we arrived after 30 hours in Tivat, cleared customs with no problems, and got a mooring place in Porto Montenegro.
We had craft beers and steaks for dinner at The Black Sheep 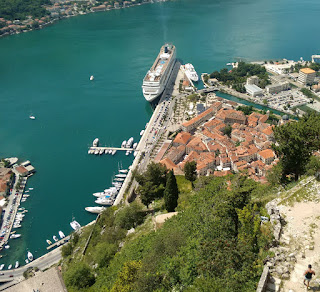 Next morning we sailed round the beautiful bay of Kotor, moored in Kotor, climbed up to the Castle Of San Giovanni and enjoyed the wonderful view over Kotor Bay. Then we had our first typical dinner at Ponta Veranda: Pleskavica, Onions, and cabbage salad. 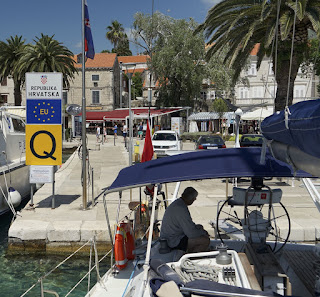 Early next day we declared exit in Tivat and sailed northwest into Cavtat, where we declared entry, cleared customs and payed the yearly Croatian fees to the harbor master. Then we continued along the walls of Dubrovnik to Celo Bay at Kolocep island, where we anchored and savoured pancakes with apricot jam. 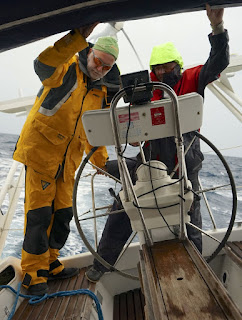 With rather strong southeasterly wind we sailed next day into Lastovo, where we anchored in Mali Lago Bay and cooked spaghetti with tuna. 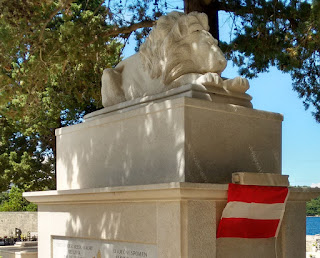 June 2nd we sailed to Vis, replenished our supplies, ate at Dudo Restaurant, and visited the famous Lion of Lissa. In the afternoon with no apparent reason we had to leave the city quai and moved to Kut in the east of Vis bay and moored there. 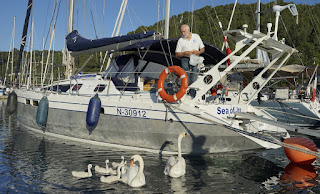 Nice winds brought us next day into the bay of Sibenik, where we visited the wonderful city in light rain. In the afternoon we continued through long fjords to Skradin, where we moored in the marina and had a remarkable good dinner at
Konoba Dalmatino. 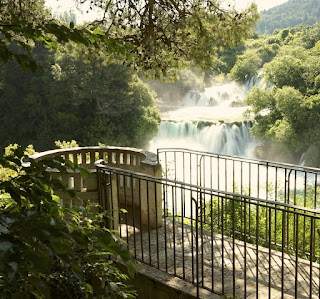 Early next morning we visited the Krka falls and then sailed back to Sibenik and onwards Uvala Zincena on Otok Pasman, where we anchored and fried a nice steak with potatoes.

From Pasman we sailed next day through the Kornati archipelago and continued to Ist, where we moored at the village quai. At Lako Cemo we enjoyed lamb chops grilled to perfection by a nice grillmaster on a sophisticated barbecue.

On June 6th we sailed further north through Ilovik channel and finally moored in Marina Mali Losinj. We had a nice walk round the beautiful city and had a fine dinner in the nice garden at Konoba Hajduk.

At 09:00 next day we wanted to sail through the turning bridge at Mali Losinj, but it was broken. So we sailed round the southern end of Losinj and east to the  beautiful Uvala Meli in the southern end of Otok Cres, where we anchored, enjoyed a nice swim in crital clear waters, and savoured two nice brancinos prepared in our oven. 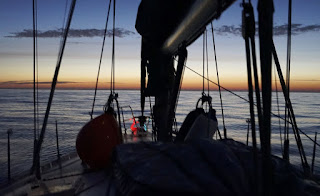 Finally on June 8th we had to tack against northerly wind along the east coast of Cres, rounded Cap Jablanac and then the wind ceased. While we had to motor again the engine stopped 3 miles north of our destination - the diesel bug hit us again. I cleared the fuel lines again and bled the diesel pump in the secret ways I learned thwo weeks ago from the nice Calabrian mechanic and so we reached our final destination ACI Marina Cres in the evening. We had late dinner at Konoba Roza and slept very good in our boat safely moored in nice surroundings. 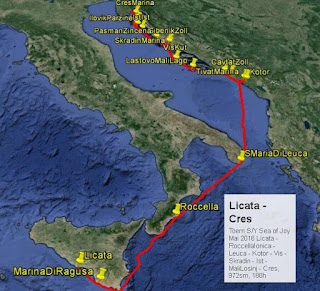 Next day I scheduled a date with the Volvo mechanic on site for a full motor service and cleaning of both tanks and then we went back home to Vienna.

You may download our track in gpx-format
or view it directly on GoogleMaps
Posted by Rupert Nagler at Monday, June 13, 2016